Named Best Solo Show of the Year by Time Out NY!!!!!

Written and performed by Pam Murphy
Directed by Rebecca Drysdale

Pam Murphy was an amazing woman, then she got breast cancer. Whoops.
Now as an even more amazing woman, she shares her story through comedy.
Take a journey with Pam as she capitalizes on the worst thing that's ever happened to her. 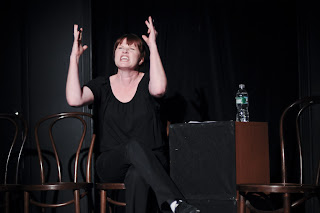 "Best solo show of the Year - The C Word is neither sentimental nor detached, only unflinching and very, very funny."  Time Out New York


Murphy was aiming for honesty, and she totally nailed it, while still managing to get lots of laughs. She skipped the soul-searching and just focused on the reality—breast cancer isn’t fun. But she made it through, and now she’s making it funny.
- Ladies' Home Journal 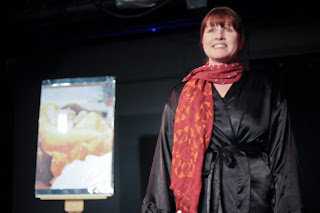 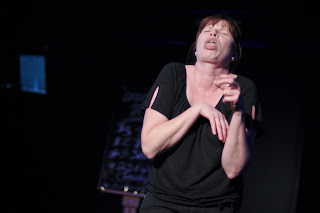 "Ready or not, you're going to laugh plenty at this show. This is a comedy show about cancer. Don't be scared and jump onboard for the ride."  TheComicsComic.com


"The C Word, which is the best-scripted one-act to grace UCBT this year—and performed with wit, grace, and pitch-perfect comedic timing. Murphy has what it takes to follow the lead of such other breakout UCBT talents as Lennon Parham, Aziz Ansari, and Donald Glover, who all became prime time network TV stars. Catch Murphy before LA steals her away."  HyReviews.com
Photos of Performance by Ari Scott